We use our passion and love for nature to create a unique piece of art! 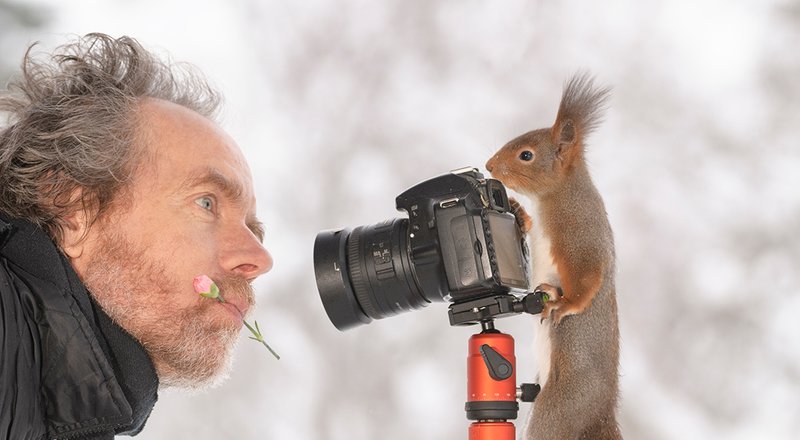 Geert Weggen is a Dutch/Swedish internationally awarded photographer specialising in photographing red squirrels. His works have been published worldwide, in newspapers, books and magazines, and appears on television and in radio programmes.

Geert has published several books, puzzles, calendars and postcards, and he has been involved in a Disney movie and product launches for companies.

A few times a year, he organises photo workshops.

We send a few times a year a newsletter with offers, news and sometimes a free e-book.